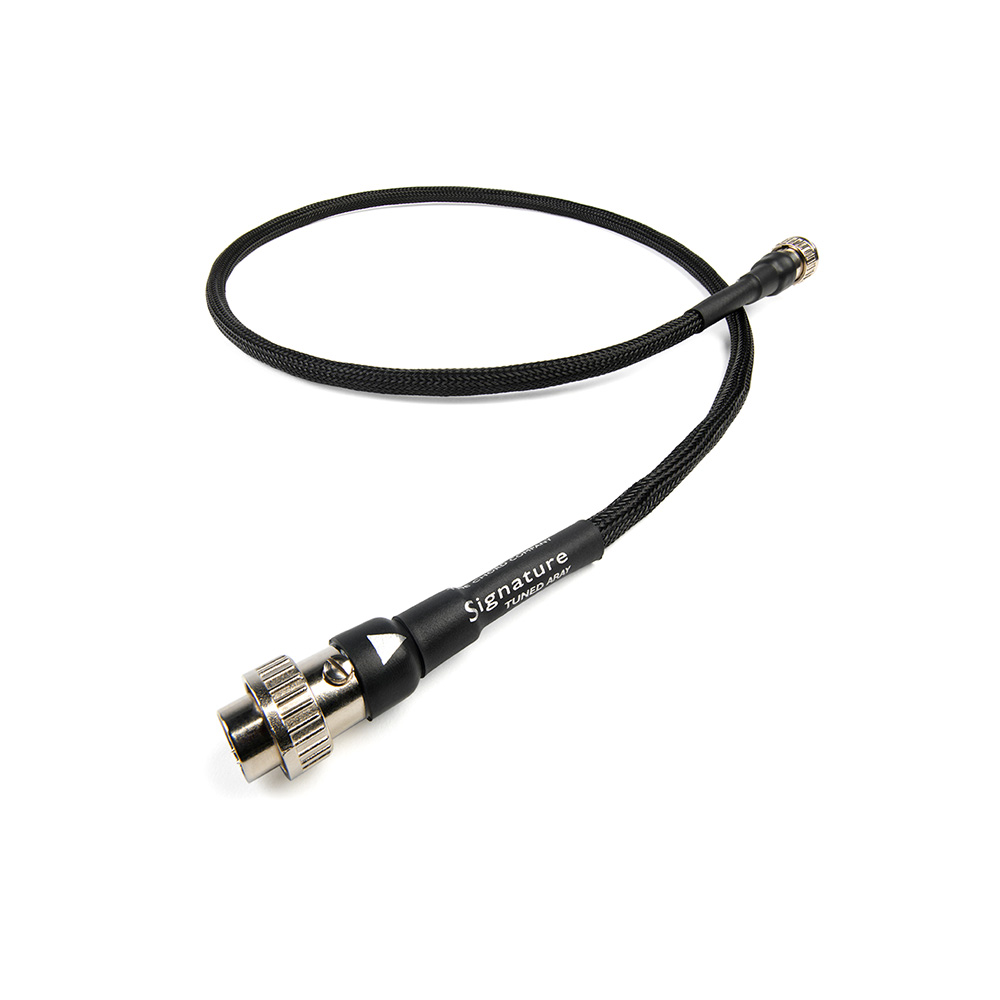 The original Signature interconnect was designed as an RCA cable, and was impossible to terminate with a DIN connection. That didn’t stop people using the Signature with DIN/RCA adaptors. So when the chance came to redesign the cable to produce the Tuned ARAY version, we made certain it could be fitted with RCA, XLR and DIN connectors.

Audio/hi-fi manufacturers take enormous pride in the ability of their systems to play music with the rhythm, groove and soul intact. Tuned ARAY DIN cables became popular because they revealed just how well these components bought music to life. Signature Tuned ARAY brings improvements to the more affordable DIN connected systems. It’s also a good cable to try with older systems. Ultimately a hi-fi system will only sound as good as its weakest component. Signature Tuned ARAY cable lets you hear how good the components are – and more often than not, they’re a lot better than you thought.